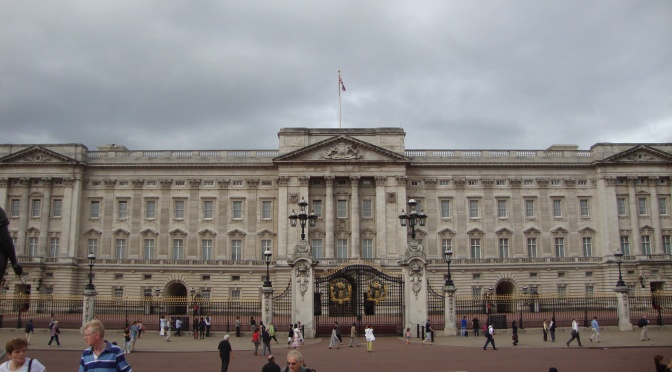 During the months of August and September each year, Buckingham Palace opens its doors to the public. Since Alex and I were in London celebrating our wedding anniversary in August, we had the opportunity to go and visit. 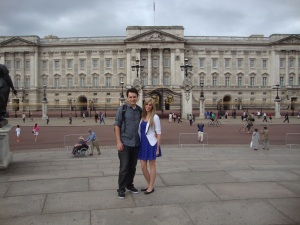 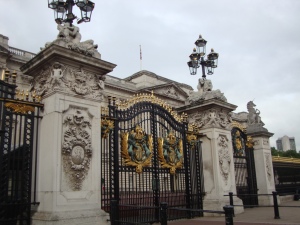 The tour of Buckingham Palace includes a visit to the State Rooms and garden. The private residences of the royal family are not accessible whether or not they are in residence at the time. If you are curious as to whether or not the Queen is present during your visit, just look at the flag on top of the Palace. If it is the British flag, she is not there, and if it is the Royal Standard, she is. When we visited, the British Flag was flying.

The cost of the tour was around 20 GBP per person, which roughly translates to around $32. When booking online, you will see that there is limited space for each time slot. I thought this meant that it was fairly exclusive due to space limitations, but apparently it is not. I was stunned to see a line wrapped around the palace for the same entry time. It will be PACKED when you arrive, but this shouldn’t deter you from booking tickets. The tour itself is self-paced and comes with an audio guide, so you can mosey around at your leisure. The crowd breaks up once you are inside the palace.

We were not allowed to take photographs once inside, so unfortunately I can only share my experiences with you. We initially entered the palace through the side entrance and traveled through several corridors towards the state rooms. On the way, there is a large viewing deck on the quadrangle, which is basically the interior courtyard. This is where all the cars go when they enter the palace.  Since it’s a working palace, it’s not unusual to see activity here of some sort.

Moving on, we visited the state rooms. The most “famous” room is the bright red throne room where William and Kate took their official wedding portraits. Each room had it’s own color scheme distinguishing it from the rest and were all very beautiful and ornate.

Our tour ended in the gardens, where were now allowed to use our cameras. I snapped these while we were outside: 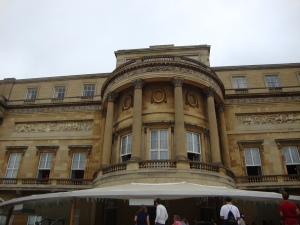 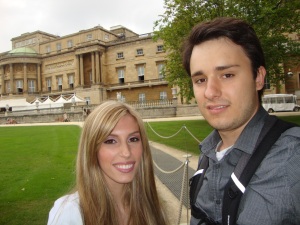 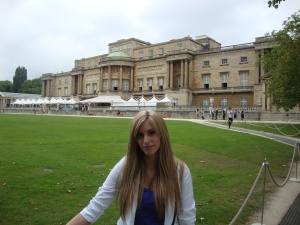 All in all, we spent between 2 and 3 hours walking in and around the Palace. They also have a great souvenir shop on the way out, selling “official” royal items. I would also recommend trying to see the Changing of the Guards before or after your visit. The British Monarchy’s Official Website will have up to date information on dates and times. It’s a very big ceremonial tradition and is always intriguing to watch.

As far as logistics of getting to Buckingham Palace, your best best is to get off the Tube at either Victoria Station or St. James’s Park (Circle and District Lines).

There was an error retrieving images from Instagram. An attempt will be remade in a few minutes.